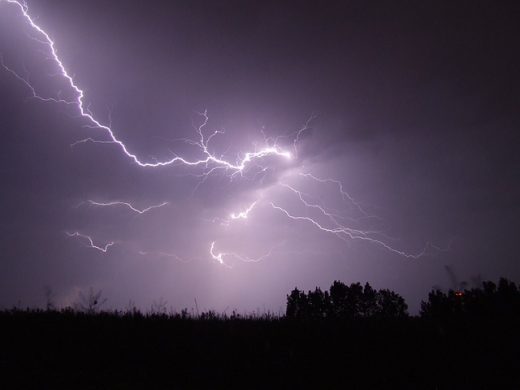 By the last weekend of September, you should be taking your hay fever nasal spray, asthma preventer, or both – and you shouldn’t stop until New Year’s Day (most adults with asthma do need to take a preventer all year, not just in springtime).

What is thunderstorm asthma?

Thunderstorm asthma can happen suddenly to people in spring or summer when there is a lot of pollen in the air and the weather is hot, dry, windy and stormy.

People with asthma and/or hay fever need extra protection to avoid thunderstorm asthma between September and January in Victoria, New South Wales and Queensland. This means using preventer medicine every day and always having a reliever inhaler (blue puffer) ready. See your doctor to get the best asthma and/or hay fever medication plan.

Spring thunderstorm weather can cause pollen grains to burst into tiny pieces and the wind then blows them around us. When people breathe in these tiny pieces of pollen they can get deep inside the lungs and trigger an asthma attack.

Spring weather can also lead to breathing problems for people who get seasonal hay fever. People who wheeze and sneeze with hay fever from pollens during spring are more likely to get thunderstorm asthma even if they haven't had asthma before.

On Monday 21 November 2016, severe thunderstorm activity in Victoria led to thousands of people suddenly having asthma attacks and finding it hard to breathe. Because so many people needed urgent asthma treatment at one time, it was hard for ambulance and hospital emergency rooms to help everyone.

Asthma symptoms can be different for different people.

A person's asthma symptoms can also change - sometimes there are no symptoms, like when our asthma is well controlled by preventer medication or when allergy triggers aren't around.

If you already have springtime hay fever, you could suddenly get an asthma attack if you are outside in gusty wind during a thunderstorm in a place where there is ryegrass pollen in the air (most of south-eastern Australia). This can happen even if you don't have asthma. The risk is highest between October and the end of December.

What you can do to keep safe

People with asthma be aware

If you have asthma and pollen allergy, you could have a severe asthma attack if you are outside in gusty wind during a springtime thunderstorm in a place where there is ryegrass pollen in the air (most of south-eastern Australia).

How do I know if I’m allergic to ryegrass pollen without having allergy tests?

If you get asthma or hay fever symptoms more often in spring, then pollen is probably causing your symptoms. If you're not sure, follow the safety steps anyway.

What you can do to keep safe

First Aid for Asthma Chart - step by step instructions on what to do in an emergency.

 How-to video library – how to use your inhaler 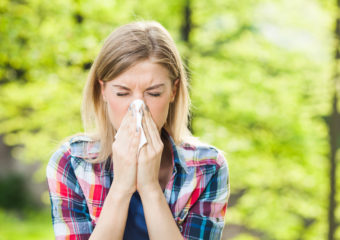 Pollen triggers my asthma and allergies